Casting Stones in the Name of Jesus 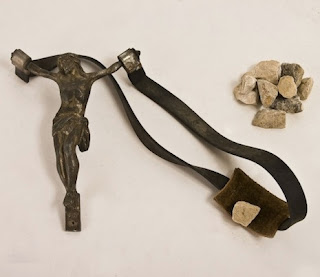 “The scribes and the Pharisees brought a woman who had been caught in adultery, and placing her in the midst they said to him, “Teacher, this woman has been caught in the act of adultery. Now in the Law Moses commanded us to stone such women. So what do you say?” This they said to test him, that they might have some charge to bring against him. Jesus bent down and wrote with his finger on the ground. And as they continued to ask him, he stood up and said to them, “Let him who is without sin among you be the first to throw a stone at her.” And once more he bent down and wrote on the ground. But when they heard it, they went away one by one, beginning with the older ones, and Jesus was left alone with the woman standing before him. Jesus stood up and said to her, “Woman, where are they? Has no one condemned you?” She said, “No one, Lord.” And Jesus said, “Neither do I condemn you; go, and from now on sin no more.”(John 8:3-11 ESV)

This passage of Scripture is often misquoted and misunderstood by believers and unbelievers alike.  Many believe that this is a case of Jesus excusing sins, as if the adultery isn’t a problem, which it isn’t THE problem, it is a sinful expression of THE problem.

I have a few friends who have been driven from the pastorate, some at their own hands and some at the hands of others.  Either way, they are wounded, judged and cast out.  Sometimes, if the church (especially the clergy) still stoned people, these guys would be dragged out to the edge of a seminary and we would throw rocks at them until they stop moving.  The outrage, especially over sexual sins leads people into a frenzy of judgment, especially those who don’t have many facts.


From time to time, grace is extended to these men and their families, but 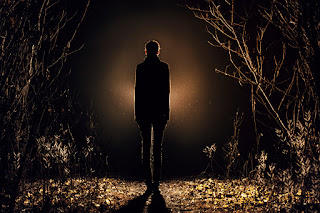 all too often, they are left disenfranchised, judged and condemned to wander the world of earthly purgatory, wondering if they will every be forgiven, truly forgiven by the church.  Many have received absolution from a pastor, they know that Christ has forgiven them, yet they stand condemned, constantly reminded of their sins, constantly judged by fellow sinners who themselves need to seek forgiveness for their lack of forgiveness.   Some in the church tell us that they need to continue to suffer so that they will be good and sorry for their sins.  I have actually witnessed a single mother be wounded by those who say that she is sinning against her child by raising the kid alone and that the child is an ongoing punishment for her sin.

Now, how do we stand in judgment of other absolved sinners?  Yes, there are always “those people” out there, but with our dark hearts, we are “those people.”  Yes, our sins may be more socially acceptable, sins like gluttony, gossip, lust, covetousness, hate, not availing ourselves of worship and God’s Word as often as we could, stealing time, if not tangible things from work, it goes on and on.
I have said it before and so I say it again, mind your own sanctification.  You cannot look into the heart of your neighbor and judge their repentance; you can only do that with yourself.  If you find that you are repentant enough, look again, because you have no idea how dark your own soul is.

I wrote earlier that the adultery, theft, gossip, etc… is not the real problem.  The problem is sin, and in any sin, the real problem is that we have the wrong god, we are the god.  All sin is a first commandment issue, “You shall have no gods before me.”  The Hebrew is better than the English on this as it says, “No gods to my face.”  When we have any gods, especially the god of self, we are smashing it in the true God’s face. 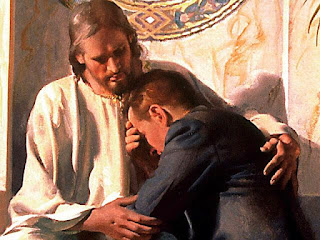 Next time you hear of some pastor, or layman doing something sinful, stop and ask, “am I really better?  Am I really in a place to cast stones?”  If you are a Christian, a real Christian, you will pray for that person, that they may confess and be absolved.  Then we are called to rejoice for the lost lamb has been found in the arms of the Good Shepherd and we welcome him or her back into our smelly old sheepfold. Of course Jesus does forgive you, but if you have committed a crime, the Government may not be so gracious.

We who are sinners, who know that there is nothing good about us apart from the grace and mercy of Christ, should look inward at our own sin, at our own need for mercy.  We need to come and confess OUR OWN sins and not those of others.   We need to, each and everyone take the blame from what we have done and left undone, for our hate and anger against others, for our putting ourselves first – always.  We confess that we don’t love our neighbors as ourselves, we don’t love God with our whole heart, we are NOT heartily sorry for our sins, but we are HARDLY sorry for them.  We all justly deserve hell and damnation.

As for pastors who “fall from grace,” I understand that some public sins are scandalous and they should step down from ministry, at least for a while.  Some public sins do exclude people from holding certain offices, but I like to think that they, in time may actually be able to be restored.  The Scriptures are full of sinful people who serve God.  There was even an Apostle who actively persecuted the church.  GASP!
All sin is deadly serious and should be understood that way, but Christ took the death of our sins and exchanged it for His life and righteousness. 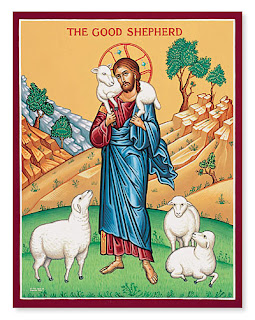 Sheep that from the fold did stray
No true shepherd e’er forsaketh:
Weary souls that lost their way
Christ the Shepherd, gently taketh
In His arms that they may live
Jesus sinners doth receive.

Posted by Craig Donofrio at 4:29 PM