Every now and again, I come across a young person who gives me hope for the future.  Molly Buffington is and has been one of those people.  She is a Sophomore at Alabama and when we were both in California, she was one of my top 10 all time favorite parishioners.
This is something that Molly has written in response to the mindless support of Planned Parenthood.  I think that it's excellent! 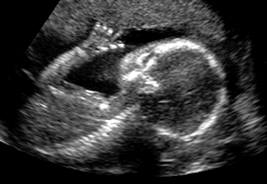 If these seemingly contradictory statements shock you, I would like to gently suggest that you have been heinously misinformed about the nature of Planned Parenthood and the services the group provides. They have done an excellent job at crafting their public image; because of this, many have reached the wholly incorrect conclusion that if you are pro-woman, you must be pro-abortion and pro-Planned Parenthood.
“Ah,” you say. “But you forget that Planned Parenthood provides services other than abortions for women.” While many tout the agency as the nation’s largest provider of women's healthcare services, this is a misleading statement. Yes, Planned Parenthood far surpasses community health centers for the number of abortions performed, considering community health centers do not perform abortions. However, in every other area of women’s health – number of facilities, number of patients served, Pap smears – community health centers exceed Planned Parenthood by leaps and bounds. Most striking is the fact that Planned Parenthood does not have a single licensed mammography clinic in the entire United States. Thus the claim that Planned Parenthood is the largest provider of women’s healthcare requires an extremely narrow definition of women’s health care. No rational person would say abortions are the only healthcare services a woman needs.  It is hard for me to believe that the focus of women’s healthcare should be interrupting a woman’s biological ability to bear children, rather than saving her from an early and painful death.
The recent controversy surrounding Planned Parenthood has been a series of videos released by the Center for Medical Progress discussing the collection of aborted fetal cadavers for scientific use. I begin with this highly sanitized explanation, but the truth is far from this euphemistic description. The videos contain casual and graphic language from Planned Parenthood employees and researchers, which will be discussed, so take this as your viewer discretion warning.
Planned Parenthood doctors are altering the abortion procedure in order to deliver fully intact fetuses. They then cut out livers, brains, anything researchers have requested. Many in the pro-choice camp have claimed that a fetus is not a baby; if that is true, then it must be very difficult for Planned Parenthood to harvest baby eyes from these non-baby entities. The doctors and technicians treat the bodies deplorably, cracking jokes and playing around with a dead human body.
While perhaps this callous treatment is deeply wrong, some argue that using aborted fetuses for scientific research is commendable, as it can go to cure terrible diseases like multiple sclerosis. Thus the highly effective propaganda machine of Planned Parenthood strikes again. First of all, Planned Parenthood is not donating fetal corpses and organs out of the goodness of their hearts, but rather they are doing so because the distributors promise a profit. They are not just taking enough payment to cover the cost of storage and shipment; the office and its employees make very good money harvesting a fetus’ organs. Making a profit from selling fetal cadavers to science his is illegal, as is altering abortion procedures in order to protect the baby’s organs – what an ironic turn of events. And when the aborted infant’s organs reach one of these researchers, this is how they use his or her brain to better our society:

“…cells were extracted from second-trimester human fetuses (18–22 weeks gestation age) obtained at abortion. The forebrain ventricular/subventricular zones were dissected from the brain, the samples chilled on ice, minced and dissociated…
In both cases, to generate mice chimeric for hGPCs, we transplanted newborn mouse pups with hGPCs isolated from second-trimester fetal human brain tissue… cells were then delivered to the test mice using a five site intracerebral injection protocol that targeted the corpus callosum and cerebellar peduncle… Each mouse was transplanted with 300,000 GPCs delivered at five forebrain sites…”

The technical jargon may be overwhelming to the average reader, so in layman’s terms scientists are injecting babies’ brain cells into mice. Tell me, does that strike you as an experiment of Dr. Salk or Dr. Frankenstein?
Furthermore, the astute reader likely noted the age of the aborted babies who apparently volunteered to donate their brains to science: second trimester. And if you have read the news recently, you may remember a woman gave birth to a 24-week old baby while on a cruise ship, and the baby has survived. While her son was about two weeks too old to fit into the age group of this experiment, the point is that our medicine has come so far that a woman can give birth to a baby four months early and it can live. In 2011 a baby was born in Germany at 21 weeks – within the age of the babies killed and dissected for the above experiment – and survived. The babies used in this study could have survived outside of the womb.


My point in sharing these stories is a simple one. Healthcare is defined as “the maintenance and improvement of physical and mental health, especially through the provision of medical services.” Using this definition, how can we truly say that supporting Planned Parenthood is supporting women’s healthcare? I doubt the women who say they stand with Planned Parenthood are aware that this agency underserves the female population, mutilates their biological offspring, and sells their sons and daughters’ harvested organs to scientists so they can play around with human-mouse hybrids. Before you stand with Planned Parenthood, take a seat and do some reading on their version of women’s healthcare. No woman should be treated so terribly, be she the mother or the fetus.


Follow us on Twitter: @200proofgospel Also be our friend on Facebook 200 Proof Gospel!
FOLLOW THE 200 PROOF GOSPEL PODCAST ON PODBEAN http://reverendme.podbean.com
ALO ON TUNEIN RADIO   http://tunein.com/radio/200-Proof-Gospel-p905025/
Craig can also be heard at www.godwhisperers.com
ALSO
Follow our mission work. www.craigandpaula.org
Posted by Craig Donofrio at 3:08 PM No comments: