THE END OF TERROR 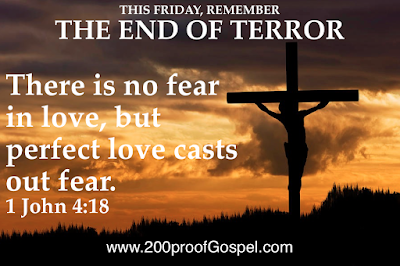 It’s March 22, 2016, today.  I was up late last night working on our missionary newsletter, so I rolled out of bed a little later than usual.  I wiped the sleep from my eyes and looked at my email to find a slew of emails from Missionaries in the region, “is everyone okay?”  “We have an Alliance Missionary” in Brussels, has anyone heard from him?”  “Has anyone heard from the Bishop of the church there?”

I immediately turned on the radio and started scouring the net to try to find out the latest.  There the pundits are blaming President Obama, the Democrats, the Republicans, the Belgians, and, of course, ISIS, who is taking credit for a coordinated bombing attack on the West.

I am soon to deploy to this region for the next five to seventeen years, I thought, “is this wise?”   “Am I putting my sweet Paula and myself in harms way?”  Then I remembered something that I said as I was teaching a Bible Class the other day, “the opposite of terror or fear, is faith.”

Faith always has an object and the object of the Christian faith is Jesus Christ, the Prince of Peace who on Good Friday, swallowed up all fear as He took into Himself the death that we deserve.  He took the sins that we have committed onto and into Himself and exchanged it for His perfect, holy, righteous life which He credited to our bankrupt accounts.

As an aside, when you read the Bible, remember that faith always has an object, try replacing the word faith with Jesus and see how the text reads, it usually makes things pretty interesting. 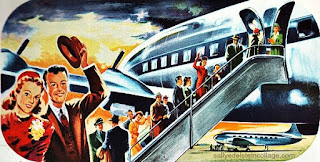 So, we prepare to head off to Eurasia, with the backing of many saints who are upholding us in prayer.  We prepare to go and to proclaim the Gospel to over a billion people in over fifty countries, most of which were once devoutly Christian, but no more.  We go with no more and no less Divine protection than we have had in the states.

Let’s face it; life is unsure, it is scary at times, things rarely work ou the way that we expect, but with Christ, there is peace and confidence.  We also know that when the Lord requires us, we will go, not a moment before or after.

We pray that Jesus will return soon and put an end to the madness that sin brought into the world, but until then, we endure.

We also know that thousands and thousands of Muslims in our region of Eurasia are hearing the Gospel, being baptized and are rejoicing in the mercies of Christ Jesus!

So in the end, we have an eternal perspective, knowing that “He who is in you, is greater than He that is in the world.”  - 1John 4:4

As we draw near to the cross of Christ on this Good Friday, let us keep in mind that Christ has descended into our death so that He might raise us eternally in His life.  As He took the punishment for the sins of the world on the cross, with His last breath, He inhaled into Himself the death of our sin and exhaled His life for the World.

This is the message that which has defeated and is defeating those who would try to strike terror into our hearts.  May their invented, angry gods be met with the true God of mercy and peace.

Follow us on Twitter: @200proofgospel Also be our friend on Facebook 200 Proof Gospel!
FOLLOW THE 200 PROOF GOSPEL PODCAST ON PODBEAN http://reverendme.podbean.com
ALO ON TUNEIN RADIO   http://tunein.com/radio/200-Proof-Gospel-p905025/
Craig can also be heard at www.godwhisperers.com
ALSO
Follow our mission work. www.craigandpaula.org
Posted by Craig Donofrio at 2:42 PM